skip to main | skip to sidebar

The Coming American Loser Revolution! Which Side are You On? 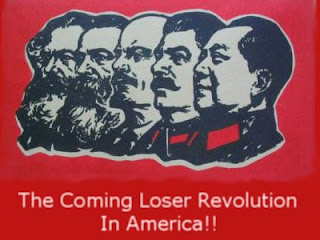 Our lack of intellectual curiosity and individualism has brought about a way of thinking that is on the border of barbaric. Those Americans who weren't politically, economically and socially responsible are now becoming a threat to all of our security. I've finally come to the conclusion that potential civil unrest is highly probable.

With recent violent acts such as the plane crash attack in Austin and the University of Alabama shootings, we must now entertain the idea that there is much more to come. Many of the future perpetrators of domestic terrorism will consist of those who were fiscally irresponsible with their personal life and want another entity to blame. Or they'll just be ignorant idiot copy-cats with the same mentality as an Islamic suicide bomber. Either way, our way of life is in jeopardy because of these people.

Why does this even need to happen? Because most of the American masses are star-fetished mental-midgets that are hypnotized by Hollywood into thinking that they are entitled to live a theatrically suggested idea. And when those morons tried to live that suggested idea, it put them into debts that no honest person could pay, it destroyed their families and corrupted their mental perception. Those same star-feitshed losers are now realizing they'll never attain stardom and/or riches because of their own ignorance, so they want to take away the same opportunities from everyone else. It's as simple as the old saying goes, "If I can't have it, no one can!"

We, the American taxpayer (the entity bankrolling this disgusting experiment), need to understand that we no longer have the luxury of protection of property. If these disgruntled Americans aren't committing terrorist acts, they'll be pillaging your family and property; just take a look at your local police crime statistics. So we must arm and protect ourselves from these despicable characters. These barbarians will justify their criminal plunders under the umbrella of Communism; and they will not stop until someone/something stops them. The line has been drawn, you're either with the American taxpayer or your with the American losers!
Posted by Ghost at 1:38 PM

Ghost
Give me Capitalism, or give me death!

Would you go to Ghostcon?